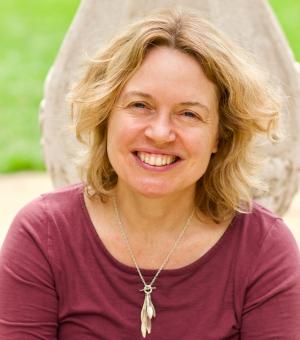 Professor of Chinese Development and Society

Rachel Murphy is Professor of Chinese Development and Society and a Fellow of St Antony’s College. She obtained her doctorate in the Department of Sociology at Cambridge, supported by a Trinity College external studentship and a Rouse Ball scholarship. She then held a British Academy Post-Doctoral Fellowship at the Centre of Development Studies, Cambridge. Later she taught in East Asian Studies and Social Policy at the University of Bristol before moving to Oxford in 2007. She has also held visiting and adjunct positions at Hong Kong University and the University of Western Australia.

Rachel’s research examines social changes occurring in China because of industrialization, urbanization, demographic transition, migration, marketization, education and state policy. Over the past twenty years to understand these changes she has conducted in-depth longitudinal ethnography, extensive interviews, documentary research and small-scale surveys in villages, townships, counties and cities, and has spent over six years in China.

Her first book How Migrant Labor is Changing Rural China (Cambridge University Press, 2002) offers one of only a few analyses of return migration and returnee entrepreneurship in China’s rural hinterlands and towns. Her second book, supported by a British Academy Mid-Career Fellowship, The Children of China’s Great Migration (to be published by Cambridge University Press), draws on longitudinal fieldwork with children, their caregivers and their migrant parents from two rapidly urbanizing interior provinces in south China.

Rachel has significant leadership and institution-building experience, having served as Head of the Oxford School of Global and Area Studies (OSGA) from 2015-2018 inclusive, Head of the Contemporary China Studies Programme in OSGA from 2013-2018 inclusive, and as Director of the Asian Studies Centre at St Antony’s College, 2009-2012 inclusive.

She has served two terms on the executive committee of the China Quarterly editorial board. She is an editor of the ‘Human Geography and Social Sustainability’ section of Sustainability and is on the editorial boards of Modern China and its sister journal Rural China. She co-edits the Routledge book series Comparative Development and Policy in Asia. Rachel is President of the British Association for Chinese Studies (http://bacsuk.org.uk).