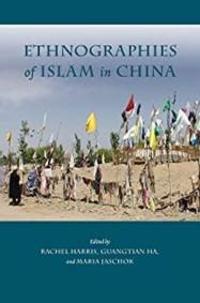 In the late 1970s Islam regained its force by generating novel forms of piety and forging new paths in politics throughout the world, including China. The Islamic revival in China, which came to fruition in the 2000s and the 2010s, prompted increases in government suppression but also intriguing resonances with the broader Muslim world—from influential theoretical and political contestations over Muslim women’s status, the popularization of mass media and the appearance of new patterns of consumption, to increases in transnational Muslim migration. Although China does not belong to the “Islamic world” as it is conventionally understood, China’s Muslims have strengthened and expanded their global connections and impact. Such significant shifts in Chinese Muslim life have received scant scholarly attention until now. With contributions from a wide variety of scholars—all sharing a commitment to the value of the ethnographic approach—this volume provides the first comprehensive account of China’s Islamic revival since the 1980s as the country struggled to recover from the wreckage of the Cultural Revolution.

The authors show the multifarious nature of China’s Islam revival, which defies any reductive portrayal that paints it as a unified development motivated by a common ideology, and demonstrate how it was embedded in China’s broader economic transition. Most importantly, they trace the historical genealogies and sociopolitical conditions that undergird the crackdown on Muslim life across China, confronting head-on the difficulties of working with Muslims—Uyghur Muslims in particular—at a time of intense religious oppression, intellectual censorship, and intrusive surveillance technology. With chapters on both Hui and Uyghur Muslims, this book also traverses boundaries that often separate studies of these two groups, and illustrates with great clarity the value of disciplinary and methodological border-crossing. As such, Ethnographies of Islam in China is essential reading for those interested in Islam’s complexity in contemporary China and its broader relevance to the Muslim world and the changing nature of Chinese society seen through the prism of religion.