Back to the Future? China’s Rise, Sovereignty, and International Law

China has risen rapidly as a global power and has stated, with increasing clarity, a goal of influencing the international order.  International law is both a significant focus of China’s efforts and a window into China’s broader agenda.  Although China presents itself as a supporter of international cooperation and integration, a principal feature of China’s approach to international law remains a strikingly strong conception of state sovereignty.  China’s approach to Taiwan issues, and the South China Sea disputes are major examples (and the focus of this lecture) that illustrate the challenges that China’s strong-sovereignty perspective poses, as well as the ways that international law can help — and hinder — the management of fraught issues in international affairs.  China’s emphasis on sovereignty extends to other dimensions of international law and politics, but, in other significant domains, there are indications of a generally salutary departure from China’s problematic 'sovereigntism'. This lecture explores these continuities and departures and assesses the implications for the international legal order. Jacques deLisle is the Stephen A. Cozen Professor of Law, professor of political science, director of the Center for East Asian Studies, deputy director of the Center for the Study of Contemporary China, and co-director of the Center for Asian Law at the University of Pennsylvania, and director of the Asia Program at the Foreign Policy Research Institute.  His writing, which has appeared in Journal of Contemporary China, Orbis, Asia Policy, and other foreign affairs and areas studies journals, law reviews, edited volumes of interdisciplinary scholarship, and other media, focuses on China’s engagement with the international legal and political orders, domestic legal reform and rule-of-law issues in China, Taiwan’s status and external relations, and U.S.-China relations. He is co-editor of China’s Global Engagement (with Avery Goldstein, 2017), New Media, the Internet and a Changing China (with Avery Goldstein and Guobin Yang, 2016), Political Changes in Taiwan under Ma Ying-jeou (with Jean-Pierre Cabestan, 2014), China’s Challenges (with Avery Goldstein, 2014), among others. He frequently serves as an expert witness on Chinese law, and has been a consultant to several projects on law and legal reform in China, supported by U.S. and Chinese government entities and NGOs.  He was an attorney-adviser in the Office of Legal Counsel, U.S. Department of Justice and a law clerk to then-Judge Stephen Breyer. 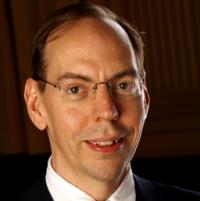