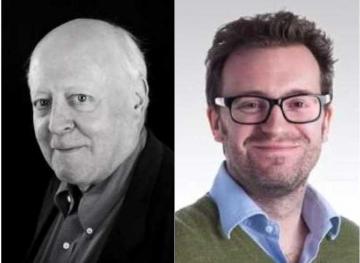 Jonathan Fenby, author of Will China Dominate the 21st century? and Tom Miller, author of China’s Asian Dream Roundtable discussion. Commentary by Prasenjit Duara (Duke University) Jonathan Fenby is Chairman of China Research and a Founding Partner at the TS Lombard service, where he also analyses European politics. He is the author of eight books on China including the Penguin History of Modern China, Tiger Head, Snake Tails: China Today, Generalissimo, a biography of Chiang Kai-shek, and, most recently, Will China Dominate the 21st century? A former editor of the South China Morning Post and the Observer, he has held senior editorial positions at The Economist, the Guardian and the Independent and Reuters. He is on the board of trustees of China Dialogue, an associate at the London School of Economics (LSE) and the School of Oriental and African Studies (SOAS) at London University. He is a Commander of the British Empire (CBE) and a knight of both the French Legion d’honneur and the French Order of Merit. Tom Miller is a senior analyst at Gavekal Research and managing editor of the China Economic Quarterly, published by its sister service Gavekal Dragonomics. A former journalist, he has reported from a dozen countries in Asia and given talks at the Center for Strategic and International Studies, Chatham House and the World Bank. He has been quoted by the Financial Times, Economist, New York Times, Washington Post, Wall Street Journal, Reuters and Bloomberg, and appeared on the BBC, CNN and CNBC. From time to time, he reviews books for The Spectator. Tom was educated at Oxford and the School of Oriental and African Studies in London, and spent two years studying Chinese in Beijing. He is the author of two acclaimed books. His first, China’s Urban Billion: The Story Behind the Biggest Migration in Human History, was published in 2012 and translated into Chinese. His second, China’s Asian Dream: Empire Building Along the New Silk Road, was published in 2017. After 14 years living and working in China, Tom is based in the UK but spends much of his time in Asia.