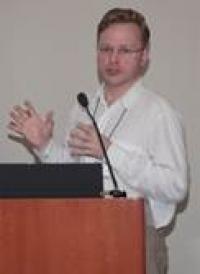 The Land Reform is often seen as the key to the Chinese Communist Party gaining power in China's countryside. The Party, so the established narrative goes, ended an uneven distribution of land, thus creating loyal subjects, and dramatically changing the socioeconomic structure of China's countryside. We have known since the 1950s that the Land Reform did not create conditions of equal landownership in China's rural society, since the Party feared that land reform on such a scale would bring rural productivity to a standstill. Established models of the Land Reform suggest that the outcomes of land reform in the PRC were a more equal, if not perfectly equal distribution of land, taking account of regional differences which reflected differences in previous ownership structures, geographic differences, and different cultivation patterns. Based on new research conducted at the East Asian Studies Library at Stanford and in the Hoover Institution Archives, this paper argues that, in fact, the outcome of land reform in the PRC differed not just between regions, but even between different villages within the same county, suggesting that the most important variable in explaining land reform outcomes were the politics of China's socialist revolution.

Felix Boecking was educated at the Universities of Cambridge (PhD, Oriental Studies (Modern Chinese Economic History), 2008) and Oxford (BA, Oriental Studies (Chinese), 2003), and at the Hopkins-Nanjing Center for Chinese-American Studies. Before coming to Edinburgh, he served as a temporary lecturer in Modern East Asian History at Newcastle University. During the academic year 2010/2011, he held an An Wang Postdoctoral Fellowship at the Fairbank Center for Chinese Studies at Harvard University, and served as a Visiting Lecturer in the Harvard University History Department. His first book, No Great Wall: Trade, Tariffs, and Nationalism in Republican China, 1927-1945 will be published by the Harvard University Asia Center in early 2017.